Woman in the Iron Coffin Featured on DIG Podcast: Slavery and Freedom in New York City 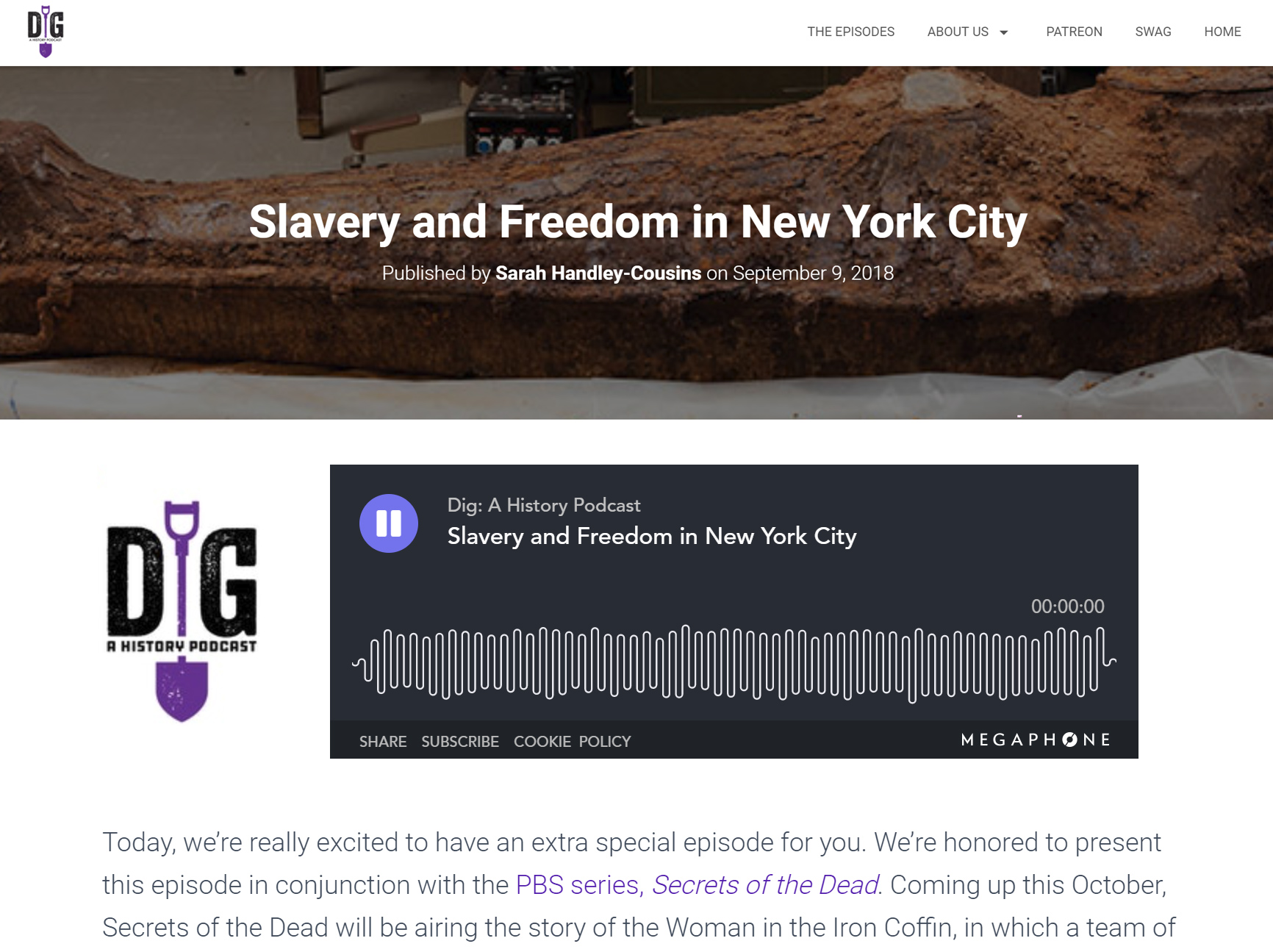 “Today, we’re really excited to have an extra special episode for you. We’re honored to present this episode in conjunction with the PBS series, Secrets of the Dead. Coming up this October, Secrets of the Dead will be airing the story of the Woman in the Iron Coffin, in which a team of death detectives will reconstruct the Woman’s life. We’ve been lucky enough to see a preview, and let us assure you – you need to see this! But in the meantime, we’re here to offer a little extra context to everything you’ll learn from the experts on the show. The Woman in the Iron Coffin is a great opportunity to talk about so many things, but because the Woman was a free black woman living in New York City in the 1850s, we’re going to spend this installment of our slavery series talking about slavery in the Northern United States, how it came to an end, and the lives of free black folks in the North… ”