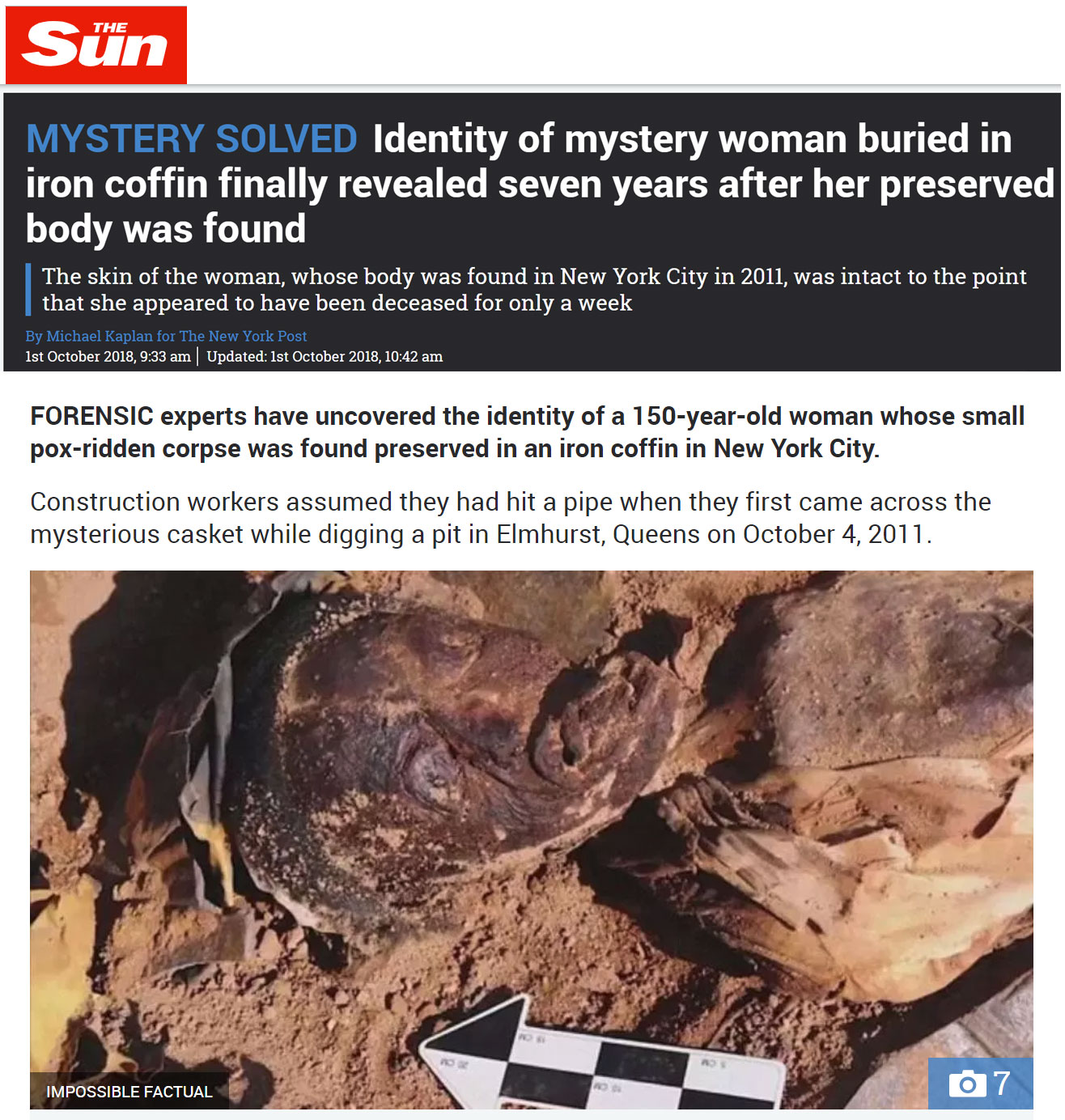 FORENSIC experts have uncovered the identity of a 150-year-old woman whose small pox-ridden corpse was found preserved in an iron coffin in New York City.

Construction workers assumed they had hit a pipe when they first came across the mysterious casket while digging a pit in Elmhurst, Queens on October 4, 2011.